Well, as always, you might be expecting us to tell you more about the general situation in Mexico – about gang fights, drug wars, and all of the other things going on here. 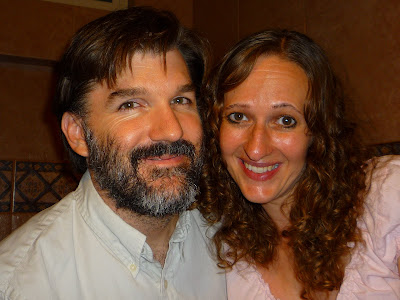 And of course, there is definitely a lot to tell about all of these very serious and heart-wrenching issues.

However, in this newsletter we wanted to talk about something else, since, as usual, something strange has happened to interrupt our adventures.

We hope you enjoy our story as you read what follows…  What we’ve written below is a story about us.

…A little girl.  It was the perfect solution!

The opportunity to adopt a baby was a clear signpost along the road of our lives.  Certainly, it was too late to start thinking about having our own children.  The demands of ministry and the situation in Mexico had grown so overwhelming that we hadn’t really been thinking about a family until it was too late…  Then, somewhere along the way, we realized that, in the effort to help others around us, we had actually put off our own lives.

… So to us, the idea of adoption seemed perfect.  We had first heard about it through a friend.  “There’s a little girl on the way.    The mother is not interested in keeping her, and the family has asked me if I know of anyone who would like to adopt.  Do you want her?” 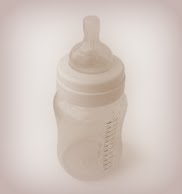 Yes, we wanted her.  And we were excited.

It was as simple as that.  As a formality, we arranged to meet with the family.  Apparently, the young mother had several precedents of giving away her newborns, never to ask about them again…  And though this situation seemed sad, and very strange to us, we understood that the family had come from a severely checkered background, and we knew it was an opportunity to help a hurting child.

… So the next few weeks we spent crying, praying, and cleaning out closets.

Then suddenly it all fell through.  “She’s decided to keep the baby,” our friend said.

And though we were truly happy for this young mother, we couldn’t help but be disappointed, since it seemed somewhat unfair that, when it was our turn to receive the blessing, she had changed her mind.

In fact, we didn’t quite know what to do.  It was then that we realized that a lot had been riding on this opportunity.  So much had been riding on it, in fact, that we had subconsciously been feeling like it might be the only chance we might have for a family.

You see, what we hadn’t accounted for in the middle of all of our work in the ministry was the fact that time was actually going by much faster than we expected…  The truth was that the stress of our circumstances had caused a few health problems for Kim.  At one point, doctors had asked us to “wait a few months” before we thought about getting pregnant.  Then the health issues turned out to be more complicated than we thought, and suddenly months had turned into years.

In the meantime, Kim hadn’t been getting any younger.  In fact, she had gotten to the age where most people would say we were “pushing it” to start thinking about having the ‘first one.’

So we were conflicted about what to do.

But… Our hearts had somehow been shaken by this experience.  Resolutely, we started a tentative research project of the possibility of adopting.

Over the following weeks, we started to make phone calls.  Sadly, we found that almost every door was closed.  One place even told us that we were already too old to start an adoption!  The only opportunity to adopt — at least on the foreign front — seemed to be in the county of Mexico where we were living.

… So we called the county office.  “The person in charge of adoptions is on vacation and won’t be back in the office until next month,” we were told.

Patiently, we waited until the next month.  When we called again, we were told, “The person in charge of adoptions just quit his job, and we won’t be able to answer any questions for you about the adoption process until next month.”

At this point we were starting to feel a little desperate.  Kim was still feeling weak at times, but yet we weren’t sure of what God wanted for us.

…Could it be possible that He wanted us to try to conceive a child of our own?

…Two weeks and three tries later, Kim was pregnant.  Shopping at the grocery store one evening, she wanted to put everything she saw in the cart.  She was hungry!!  Larry, who has always been a much better cook than Kim, and was promptly named chef of the kitchen the day after his honeymoon, looked doubtful.  “I’m not going to have time to make all this,” he said.

“It’s just that I’m really hungry, honey!  I think I might be pregnant,” Kim responded.

“How could you possibly be pregnant?” Larry asked.

The pregnancy test came out clearly positive.  (Wahoa!)  …So after getting over the shock of realizing that we probably could have had fifteen kids if we had tried to at the age that everyone else starts to have children, we attempted to figure out what we were going to do about being pregnant.

And of course, this has been by far one of the most interesting adventures we’ve ever had.  Thankfully, we’ve figured out that Kim’s recent bouts with weakness were actually coming from a very limited diet, which she had to be on in order to resolve some of her other health problems, but which she was released from (just like God!…) shortly after she found out she was pregnant!  She was also given a clean bill of health (on our last trip to the U.S…) for the first time in years.  As it turned out, this was all just in time, since, though we’ve been trying to follow everybody’s advice about Kim eating healthy, and taking care of herself, etcetera, the truth is that she throws up dramatically every time she tries to eat vegetables, and runs like a charm whenever she has donuts.

Learning how to take care of ourselves.  And each other.  And like so many of our other adventures, this one is also shaping us… Most importantly, we are learning now more than ever not to try to pretend that we are in control of our lives.

So, there you have it…

With many spiritual children…

…And one natural child.

…This adventure is just beginning.

Note:  Not the first, but certainly a very special breed of “American-Mexican” baby.  This baby was conceived without any U.S. medical insurance, (disproving entirely the notion that it takes “a few months of trying” to get pregnant…!)  She is therefore scheduled to be born here in Mexico (in a good private hospital) in approximately five months (born complete with dual citizenship…) 😉  … It’s a girl.