Again we are sorry this letter has been so long in coming, but we did feel that it was only appropriate to follow up on the last report that we sent you about the state of our finances.  (More below…)

To start with we just wanted to let you all know that, thanks to your generous giving, we will be staying on the field for now…

The following letter is dedicated to all of you, since every single one of you has helped us at one time or another through prayer or financial support.

And as you may already know from your own experiences, whether you are a missionary on the field or at home, every once in a while something happens to let you know you are on the right track.

So it is only right for us to share this with you. 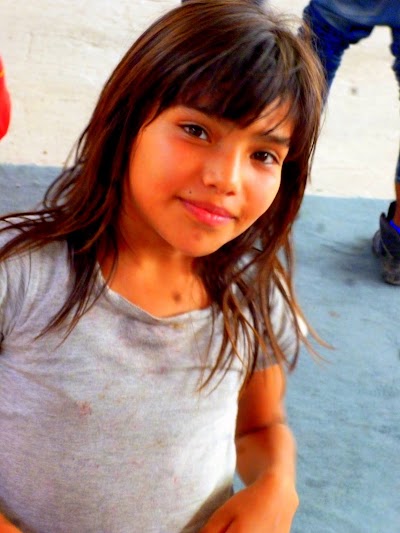 “Here… I bought this for you for Valentines Day.”

Kim glanced back at Marlene — a skinny-armed little girl peering back at her from the other seat of the van.  It was strange that this young girl would have something to give her… Normally when Marlene came around, it was to ask for something.

In fact as she looked back at those large, unassuming eyes, Kim couldn’t help but remember just how many times Marlene had asked her for something to eat.

Skinny, pale, and often sick — Marlene was so hungry at times that she tended to eat more food out of Kim’s food bag than Kim did.  In fact, Marlene could eat so much that she would surprise everyone around her.  To be sure, as far eating went, this young girl was almost undefeated.

… She had only one competitor.

Fortunately or unfortunately, our own little Karina was also a very good eater — as she had been even long before she was born. …So to put it lightly, pregnancy and breastfeeding had brought a hunger that Kim had never known.   And even though Kim would often eat for several hours on end — and sometimes the whole day long 🙂 — hunger would always strike again after a few hours in Gomez at the church.

But every time Kim would try to steal away to eat something, it seemed like Marlene was right there.  Watching Kim.

Starving and hormonal herself, Kim was never very keen on giving Marlene some of her food.  But seeing the longing in this little girl’s eyes, how could she say no?

I’ve got to bring more food next time…! she would think.  She even tried bringing exaggeratedly big amounts of food on occasion, but somebody would invariably find out. Then the whole block would show up for a snack! …And since Marlene was always happy to share with her friends, it didn’t really help the cause of Kim’s eating much…!  🙂

Even when Larry would offer to buy lunch for the church, Marlene would always eat her share and then steal away to where Kim was desperately trying to grab a few bites from her own bag of food.

So after having tried everything, we quickly realized that there was no choice but for Kim to share her snacks — really share them — with Marlene…  Smiling, Larry was generally faithful to pack about double the amount that he knew Kim would normally eat, but Marlene always rose to the occasion, managing to eat just a little more than her half…!

Even so (and usually after having gotten at least a few bites of something!  🙂 ), Kim was always pleased to see how Marlene seemed to gain strength after eating, and how she played so energetically with all the other kids at church.  Still, there were times when it was not any easier to share once the hunger hormones hit.

Kim‘s thoughts were less than saintly.  “Once her family gets on its feet economically,” she said to herself, “I’ll never have to share my food again!!”

Marlene was fidgety, and anxious for Kim to open the gift. She had bought it with her own money — which we learned later she had picked up begging on the street corner. 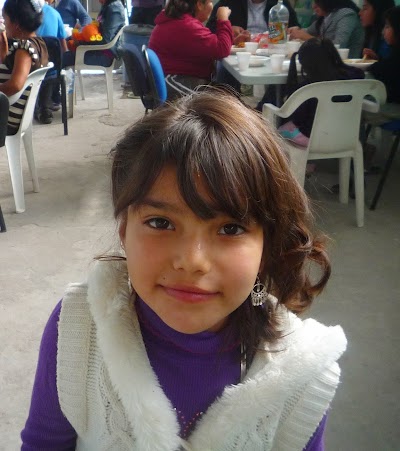 It was a small package. Instinctively, Kim’s fingers pulled at the paper. She looked down at what she had just opened. A tiny little heart-shaped box full of chocolates. On the top was an engraving… It said, “I love you.”

Immediately, Kim was taken aback (…and flooded with relief that she had never said an unkind word to Marlene!  )

“Do you want some of this chocolate…?” Kim quickly asked.

… In closing, we should probably tell you that not many of the people that we serve ever give us something back or say anything later to us.  But there are a few who give us a glimpse into what some of the little things that we do for them can actually mean.

… Like a young lady that we met on the street the other day — who kept insisting, “I KNOW you guys from somewhere…!!”

Then it came to her…:   A bag of groceries, over ten years ago – in the city of Juarez… just hours before she was about to go into labor with her first child.

“I knew I had seen you guys before!” she said.

Of course we had only a vague memory of her — something about delivering groceries on an early mission trip at about that time — precisely in Juarez.

And in fact, we think it might have been the very first bag of groceries that we ever delivered.

… But even after ten years, that bag of groceries has not been forgotten.

So it is only appropriate that we express our thanks to you in the same simple way that Marlene did to us.

…And of course she couldn’t have said it any better… Somehow, she knew that when you give something away, whether it’s your lunch,  or just a smile… It’s love.

So many of you have given something to us in one way or another…  And we wanted to tell you that whatever it is you have given us has had very real effects on the receiving side.

So again, Marlene couldn’t have said it better.

…Thank you for loving her.

And for loving a young woman from Juarez whose name we can’t recall.

Thank you for loving the people of Mexico…

…Thank you for loving us.

We praise God for the way He is working in Marlene and her family.  Marlene is actually Hugo and Jasmine’s daughter (from our former letter, “Babies are always a blessing!”). This family has continued to struggle financially and we covet your prayers for them.  We have  recently helped them by investing to start a small door-to-door business which has enabled them to be a little more economically stable.  Pray that God would continue to bless them as the business gets on its feet, since we do have to re-invest in it when the going gets tough.

We praise God for the way He is financially backing us…  Praise Him that we were able to recover a slightly more than the amount we had lost in monthly donations from the retired supporter we mentioned in our last letter.  Please pray that we would have the wisdom to spend and save wisely and then give away the rest in a way that truly benefits people.

Please pray for a boost in the economy of our area, and that we would find a way to start a full-fledged Mercy Pantry if that be God’s will…  In the mean time, please pray that we would be more effective and have better turn-around time in getting groceries to people.  Last week alone there  were three families (including Marlene’s) that were down to one meal a day until we arrived at the doorstep.  Pray that we would not get discouraged, and that God would give us words to be able to minister people spiritually… even in the midst of such pressing physical needs.

Pray for Marlene’s health, her walk with the Lord, and for her success in school. Interestingly enough, her growth spurt slowed down just when we were about to have her checked for a tapeworm… !  However Kim continues to share food with Marlene — especially when times are hard… and at times just for the joy of sharing.