Yep, you got it…!  We’re finally getting home for good!!!

Suffice it to say we had minor trouble this trip, but we’re soon to be safe and sound back in the gang neighborhoods of Mexico…!

Anyway, the good news is that we were able to send prayer cards to many of you that we have snail mail addresses for, but if anyone else would like one, let us know!

…Either way, below is some interesting reading, if you will, and a documentary of the things missionaries endure while on leave in the States!  …So enjoy !

Long-lost Missionaries …
(“This is not my life!”)

As many of you might have surmised, the last part of this trip was pretty… eventful! 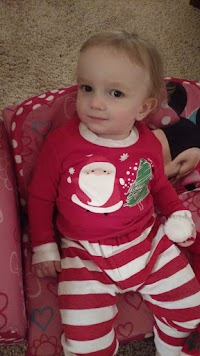 …The fun all started when we got sick with a virus a couple months ago after trying to celebrate the family “Christmas” with Kim’s parents (yes, Christmas…!!  …Because this was when we were in town and could do it…!  The Amazon guy and the exterminator were both quite surprised to see the fully lit tree when they poked their heads inside the door!  ;))

Shortly afterwards Kim’s Dad fell off of the treadmill and wound up getting a staph infection in one of his cuts.  He had to be on a pretty strong antibiotic for quite some time and suffered considerable indigestion, but we were just thankful we caught it in time, since he only went to the doctor after much arguing!

After that the baby got sick… apparently some kind of food poisoning, since he was unable to keep anything down.  We had to spoonfeed him pedialyte for a while, and he wasn’t able to eat normally for about a week, but God was good.

A day or two later we had a problem with our water district and the upstairs had a minor flood…!  The good thing is that it was minor, but bad enough that unfortunately Kim’s mom had to wash every towel in the house by the time it was over with. 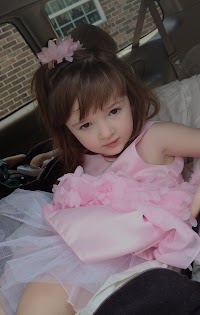 By this time it was Mother’s Day.  So since we were already here we decided to go ahead and take Kim’s mom out.  The only problem was that on the way out to dinner, Karina started throwing up — all over her carseat… and Kim.  Needless to say we never actually made it to dinner, but the fun continued for Mother’s Day that night because then it was Kim’s Dad’s turn to start throwing up… all night long, leaving Kim’s poor mom changing sheets and doing much laundry again the next day!

…By this time, Kim’s mom was run down and so she had to be in and out of bed for a few days with a UTI, which the doctor said was trying to move into her kidneys.  After two rounds of antibiotic and a lot of cranberry juice she got better, but still feels a little funny.

In the middle of all this (at what we thought was the end…!) we were about to start packing and trying to leave town we got the message which many of you have heard about from one of our supporters, who was unable to continue helping us.  We praise God for this situation, however, because within a matter of days He led us to exactly the right people… And again, we are so honored by the new supporters who have come on board and also those of you who have expressed you would like to help in the near future. 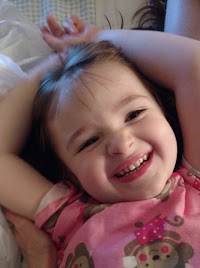 By the time we had finished following up with folks and straightening out all our bookkeeping, it was Memorial Day…!  So we decided to visit Kim’s grandmother (the family had also agreed to support us…) and stay for a couple days at Larry’s house in Hallettsville in order to give Kim’s family a break…  While there, Kim managed to lose one of her contacts (yes, the extra pair…), and so with a coke-bottle glasses prescription from the 1990’s which did more harm than good, she was stuck trying to get us back from the mini-trip and take care of the kids for a couple days with something like 20/800 vision in one eye.

After resolving Kim’s vision problems back in Houston, it was time to load the van, except that when we went to open the trunk we discovered the handle was broken!  So we had the part expedited from a junkyard, and Larry quickly began watching You Tube videos in order to fix it… Meanwhile Kim was beginning to have real trouble with her allergies because of the Houston humidity, and even worse, with a pretty severe allergic reaction to fabric softener. (Yes, and a missionary, can you imagine…?  We can’t even wear hand-me-downs!!! )

Anyway, what happened with the allergy attack was that with all the flooding and sickness we wound up washing towels from the 1980’s in hot water with the rest of our clothes, forgetting that they had gotten Bounce singed into them once a week for upwards of twenty years… So Kim suddenly started having problems breathing and couldn’t wear her clothes anymore, or be around anyone else in the family.  In the end she spent a good several days trying to chemically remove all fabric softener from everything we owned. 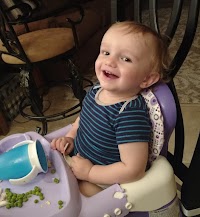 So after giving all of our clothes away (boiling them on the stove was a fail!), and resolving a minor sewage problem we had back at our house in Torreon (we preferred to it do it over the phone!) we were now ready to buy all new clothes (Wal-Mart..:  Baby blankets, underwear, men’s shirts, jeans, undershirts, socks…) and then pack…, And then really hit the road…!  Only now Father’s day was upon us, so of course we knew we should stop and celebrate Kim’s Dad… though we were afraid of what might happen next.

Anyway there were quite a few other things going on at this point, but we will spare you the details here and just skip to the part where we got yet another call from Larry’s family (No doubt they were envious of all our adventures in Houston…!).  Unfortunately, though, the final time we got to visit them was in the context of a death in the family…  But we were grateful to get to attend the funeral.

On the way home, though, (and can you believe…?) we had a slight problem when the van alternator went out!  (It was actually very interesting because we were driving at full speed on the freeway in the middle of some eighteen-wheelers…).  We were so thankful, though, because we were able to pull over.  Unfortunately, however, we wound up spending the whole night on the side of the road after various attempts to communicate with (“beg!”) different roadside services (“…six hundred dollars?!?”)!  So we woke up with our windows still open and found ourselves covered in dew.  This could have been vaguely romantic, except for the kids behind us, who woke up squirming in their carseats as the sun began to beat down on our van.  Anyway, at dawn we made a quick phone call to Larry’s family and were on the road again in no time… (sort of!)

Anyway, suffice it to say that after having the van fixed (back in Houston!) we were finally able to re-pack in the middle of an almost 24-hour power outage (we were trying to do laundry…), and in spite of the fact that Kim’s Dad came home with news that his bloodwork is off and very suspect of prostate cancer.

Even amidst all of these circumstances, though, we are still glad to be finally getting home…  We are also thankful because throughout this trip we have been able to stay in touch with the church and continue supporting the ministries to youth and children.  In fact we hear that the youth were apparently still coming to church, and breaking the ice with the brothers all by themselves. (!)

Also we are thankful since were able to have had some sweet (and very interesting! ) time with both families.  We were even able ourselves to go to church with Kim’s family some which we don’t otherwise get to do.  (Father’s Day, incidentally, went off without a hitch… ;)) .

So while getting back from a  few week’s vacation turned into a three-and-a-half(?) month furlough, we can honestly say this… that God’s timing is not ours.

But it is perfect.

And even more important than a happy ending is the fact that we know we were refined on the trip, learning just a little bit more about patience… and prayer.  Anyway, to tell you the truth, you wouldn’t believe some of our stories, but it always seems just sort of uncannily hard to get back and continue reaching out to our youth.

… So of course it would be easy to let ourselves to get discouraged.  We know we have an adversary who has an agenda much different than ours.   And we know he would love to put thoughts in our heads… like, “Man, these trips are getting hard… !“ or “Gee… maybe God is trying to tell us something…!” 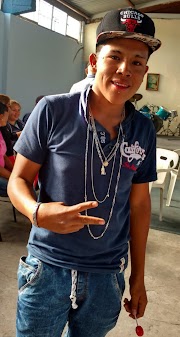 And to be honest, there have been moments when he has almost succeeded…