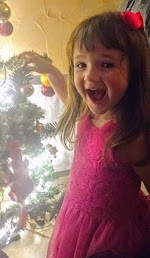 Well we’re back… and finally able to send out some very late Christmas cards!

If you can believe it, we have actually spent the past several months trying to write an update, but things have been moving so fast in the Laguna that we have hardly been able to keep up with it ourselves!

To be sure, we had quite an eventful trip last summer and do have trauma about coming back to the States!  But since we have to renew our van permit every six months for Mexico and Larry’s brother is in from Germany, we are here for a bit.

Anyway, though, as many of you know, our last trip was full of many of the usual and a lot of unusual adventures which can happen on trips.   And of course it was also interesting to get back to our “barrio” and pick up the thread of what we had been doing…  But the good thing was that God showed Himself to be amazingly faithful as we continued to work with our group of junior high and high school aged kids who struggle with addictions.

…One of the key things which He revealed to us during these past months is that real physical hunger is actually an important factor in teenagers becoming addicted to drugs at certain stages in their lives, at least in the area of the Laguna.  Of course you know that we always used to joke about how much this “band of youth” could eat, but what we didn’t realize was that they really weren’t getting enough to eat…  However through various conversations, we began to realize that with the economic downturns in Mexico, many of the kids we work with don’t have the confidence to raid the refrigerator the way they would otherwise do at this age, since they tend to be part of big families which are struggling financially and where the focus is to make sure their younger brothers and sisters go to the table first.

As we thought about it, we also realized that most all of the kids we knew worked in lower-end jobs earning pocket change to support their families.  We knew that by the time they gave something to their parents, they did not have much left, and that a bottle of glue was actually a lot cheaper than any kind of snack that would put a dent in their hunger…  We were even more disconcerted to find out that one of the real reasons kids become addicted to glue is that it can actually create nausea in them which will kill the hunger through the night — especially if they go to sleep with it.

This revelation was painful and slow in coming, but in fact the nausea concept really did hit home in a moment when Kim accidentally wound up getting a little whiff of glue herself!  Anyway, in an experiment we began offering to buy some of the younger kids snacks in exchange for their drugs… In no time, we had everyone following Larry around like the pied piper telling him about all of the different junk food they were craving from the neighborhood convenience store!  😉  More importantly we found that we had grace to be able to actually walk around the neighborhood and take drugs out of kids’ hands — a thing which is not normally easy to do… and we began to see that it was not rocket science to at least begin to break the cycle of addiction in their lives.

Now of course there are complexities to this, and we know we are on a time clock as the kids begin to move on to more addictive substances, and as their bodies begin to crave the actual substances rather than food.  Even in the space of time it took to fix our van after the “flood” (don’t ask!), we had to work a lot harder in order to take drugs away from these younger kids…  And we ourselves have had our share of distractions this year as our very active one-and-a-half-year-old has had to have his tummy “seasoned?” against just about every bug in Mexico.

So, we can report as usual that the past few months have been a really wild ride…  Even so, we have had very few real “no’s” from our youth as we try to put food into their hands instead of drugs. 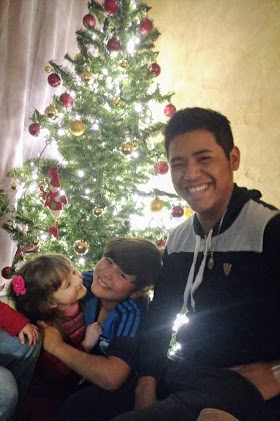 And of course our prayer is that as we begin to stay their physical hunger, God would develop a very real spiritual hunger in them…

We know that these youth are not always easy to reach, but we were truly inspired by a vision a friend once had for us that our ministry was like the woman who sweeps her whole house to find that one last coin…

… So in closing we are happy to tell you that we have managed to uncover a few more very valuable coins… all precious to God and well worth the effort it took to find them!

… Anyway, we wanted you to meet them.

But are they really worth the search…?

… please pray for these youth. 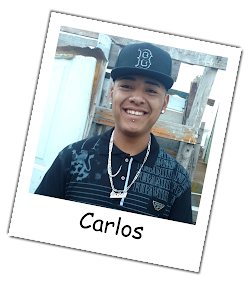 At seventeen, Carlos has already been the man of his family for some time now since his father has been in prison for so many years. He cleans car windshields on a busy street corner to feed his grandfather, his mother who is pregnant, and his three younger brothers. He’s always willing to come to our house to help watch the kids and wash dishes to earn an extra buck. Carlos is an animated playmate for both kids, and especially good at playing doll house with Karina! 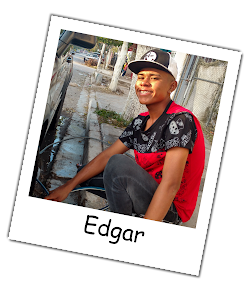 As a sixteen-year-old in a situation where his family lives completely hand- to mouth, Edgar is literally hungry a lot of the time. Whenever we deliver groceries to his house, he is out on the curb even in the middle of the night asking if there is anything in the bags which he can eat immediately. This young man has often asked us if he can come to clean our house in exchange for food. He is good with a feather duster and likes to sing “Do you want to build a Snowman?” in Spanish to the kids! 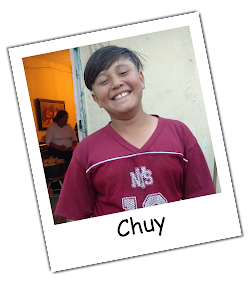 Nine-year-old Chuy is the youngest in a family where the father has been in prison for most of his life. He had to stop going to school some time ago due to his family’s financial situation, and works watching cars for tips in the parking lot at a local supermarket.  As a growing young man, he buys all of his own clothing, shoes, and snacks from tips in the parking lot!!

And more yet to be found… 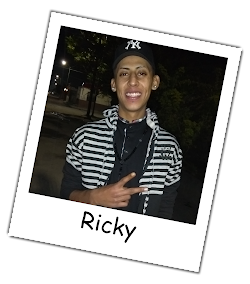 Ricky lost his older sister and older brother to a kidnapping and gang-related death respectively when he was about 10 years old.  His mother is on strong antidepressants, so she is basically emotionally unavailable, and as a result Ricky has a lot of resentment inside him. He is gaining interest in the gospel, but secretly he still struggles with finding refuge in crystal meth and other drugs.

When we first met Eric, the thing that he most wanted was a teddy bear, and he kept on insisting until we got him one! Having just turned fifteen, he is heavily into drugs but we noticed that he comforted himself with the teddy bear after drugging himself in order to go to sleep. Please pray for Eric and others like him to find real peace in the Lord. 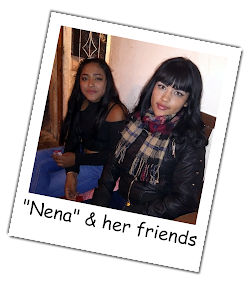 Please pray for Nena and other young girls like her. The two girls pictured here, at fourteen years of age, are heavily addicted to drugs and alcohol. Pray that we would have grace to work with them, since it is often even harder to get through to the young ladies than to many of the young men.